There are a lot of wonderful museums in Bonn, which you should really see to ensure that your days in this city have not been wasted.

If you want to learn about the history of post-war Germany in more detail, you should go to the museum of modern German history, which opened in 1994. Today, the museum is one of the most visited in the country with over half a million visitors per year. Entrance is free, the museum is entirely funded by the state.

The unique exhibition includes the car of the first German Chancellor Konrad Adenauer, the passport of the first guest worker, documents and photos from the Nuremberg Trials as well as an American military jeep. 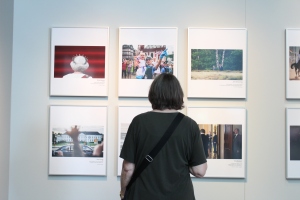 At the moment, there is a terrific photo exhibition featuring photographs and caricatures reflecting important political, cultural and social events in 2015 – but instead of reading about it, it is better to visit the exhibition yourself and see it with your own eyes.

After visiting the museum, you may also like to take a walk down to the Rhine. With a length of 1233 km, it is the largest river in Germany, which has its source in the Swiss Alps and also flows through Liechtenstein, Austria, France and the Netherlands.